2021-12-30
1716
0
Summary：Doesn't it feel like this year is going by too quickly? However, the epidemic is still here, just like you just heard about it not that long ago, and yet it has been with us for about two years since it first existed.

Doesn't it feel like this year is going by too quickly? However, the epidemic is still here, just like you just heard about it not that long ago, and yet it has been with us for about two years since it first existed.

Since the outbreak, well, it is not just the world that has been turning upside down and us too.

The outbreak has changed our mindsets as well as just about every aspect of our lives has been influenced.

Because of it, we have experienced more joys and sorrows.

Furthermore, as a result of it, we have learned more from our past experiences and are better prepared for the future than ever before. 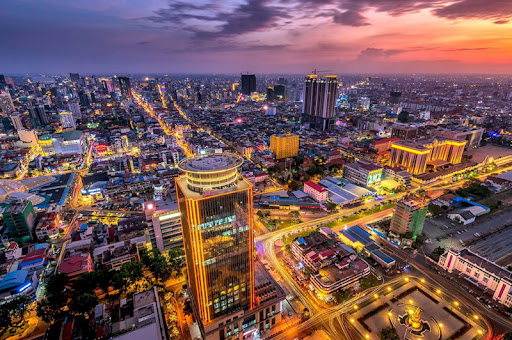 January 2021: The Number Of Imported Cases Has Increased

Beginning on January 1st, Cambodia began to see an increase in positive COVID-19 cases in returning workers from other countries.

Therefore, on January 19, Cambodia The Ministry of Economy and Finance is holding a meeting on Cambodia's economic outlook and economic recovery plan in the aftermath of the COVID-19 crisis, as Cambodia, along with other countries, has been adversely affected.

On February 7, the first Covid-19 vaccine packages arrived in Cambodia, and just a short time after that, the vaccination campaign in the country officially started. 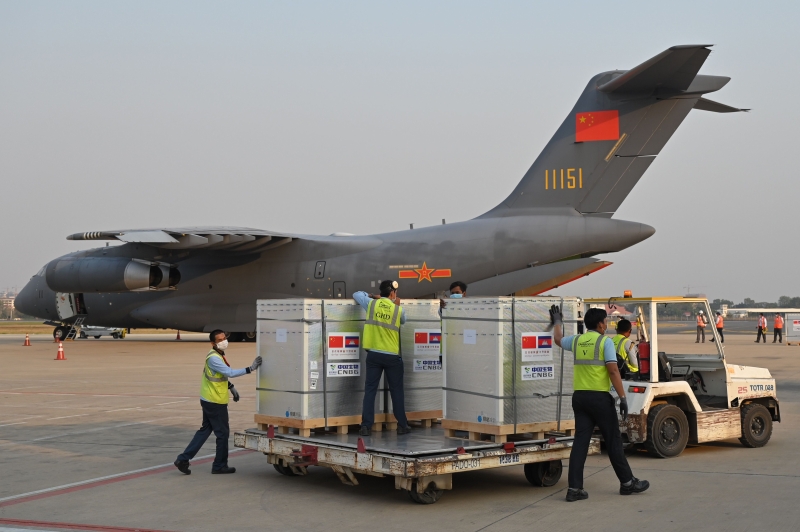 Unfortunately, this is where the dramatic occasion started.

On February 20, the President claimed the new wave of COVID-19 and called it the "February 20 Community Event Cambodia".

The new wave has caused cluster infections to be on the rise. By February 23, all schools in Phnom Penh and Kandal were ordered to close and start their classes online instead. Moreover, just a few days later, this situation also occurred in Sihanoukville. 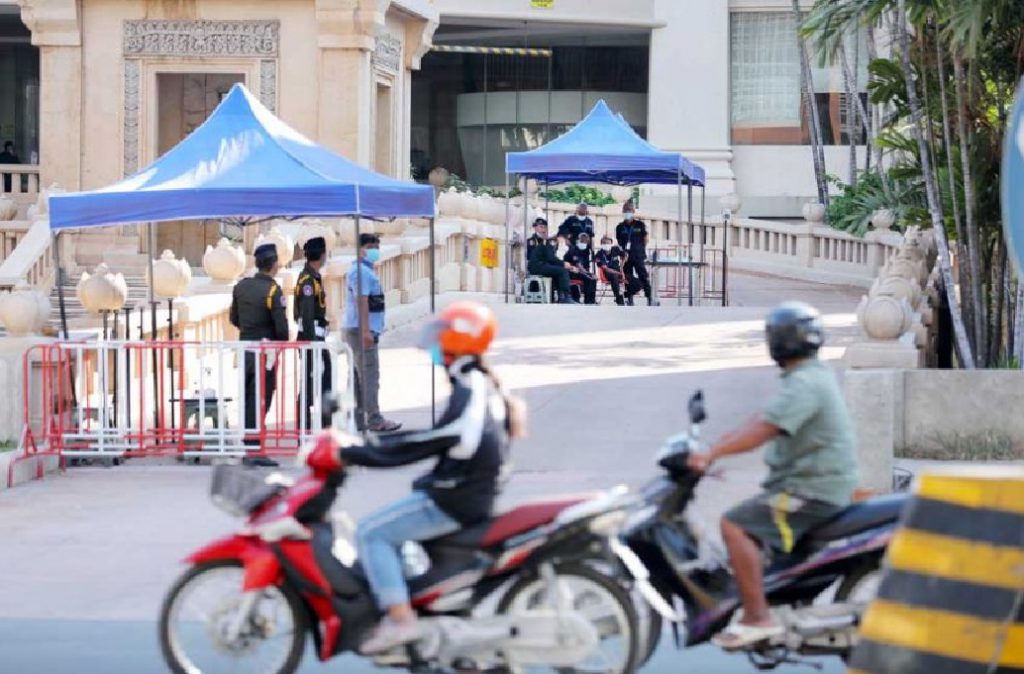 Yes, just like one said, "Nothing is all good. And nothing is all bad, "that's true. Because on February 25, a press release issued by the Ministry of Foreign Affairs and International Cooperation said that all foreigners who are currently staying and working in Cambodia will be able to get a free COVID-19 vaccination.

The new month has come and yet the breakout is still continuing, which is why many hotels, apartments, casinos, buildings, and shopping malls are being used as quarantine centers.

On March 11, a draft law on measures to prevent the spread of Covid-19 and other serious and dangerous infectious diseases was approved. Sadly, during the day, at 10:40am, Cambodia reported the first COVID-19 deaths in the country. Right after this, the country also imposed a temporary ban on gatherings, especially weddings. 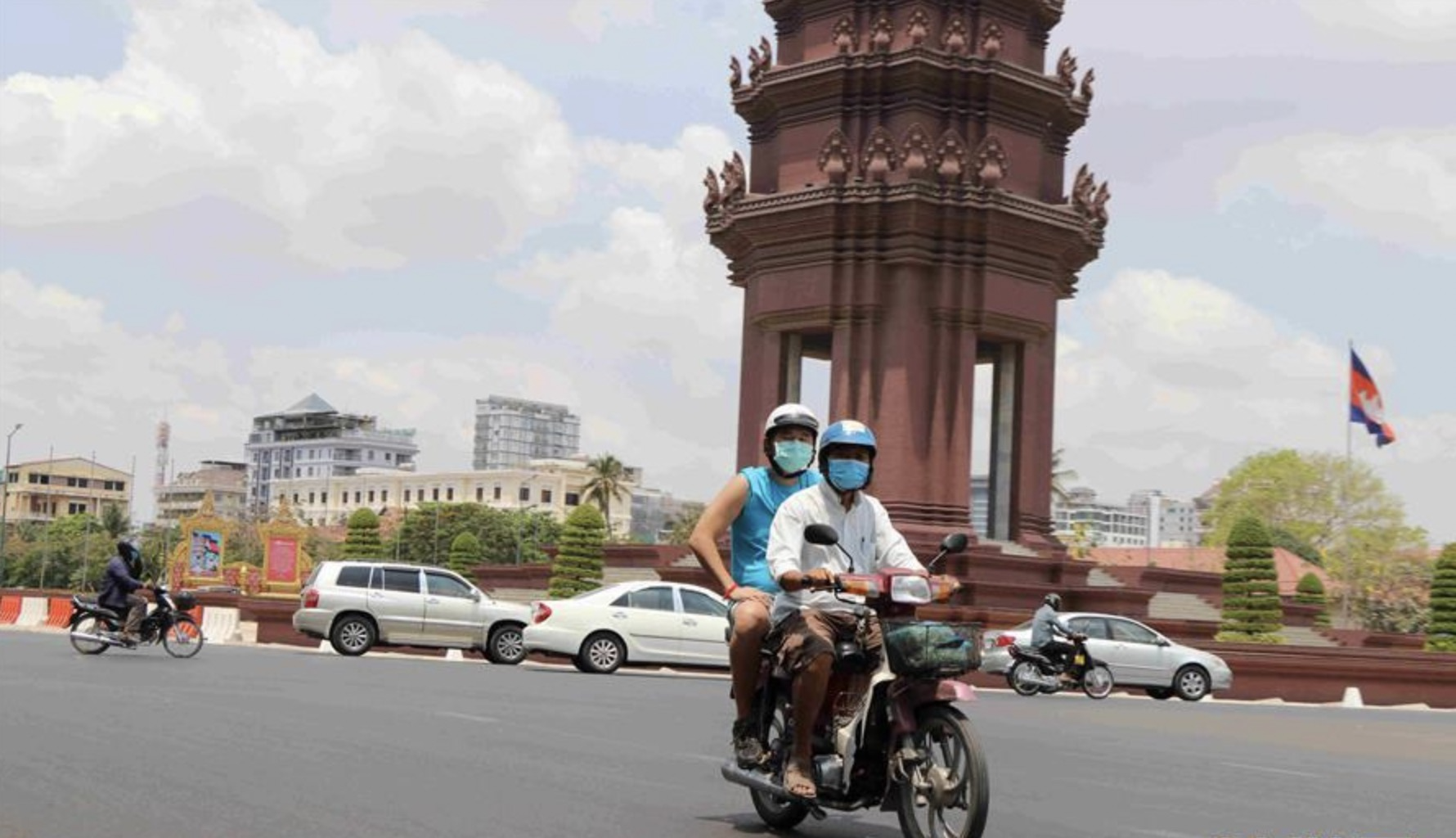 On April 1, the first curfew in the country started. Phnom Penh’s 14 districts were implementing the curfew from 8 pm to 5 am.

Three days later, the authorities in Phnom Penh suspended commercial activities in the Orussey Market to slow the spread of the virus due to the diagnosis of two businessmen in this market.

On the other hand, to improve efficiency and reduce risks to doctors and hospitals, Cambodia's President has decided to allow COVID-19 patients with mild symptoms to be treated at home.

Depressingly, although the government has released a lot of measures, there was still a steady increase in the number of COVID-19 cases, which is why, at 12 a.m. on the second day of the Khmer New Year, Phnom Penh City and Takhmao City were locked down for the first time ever. 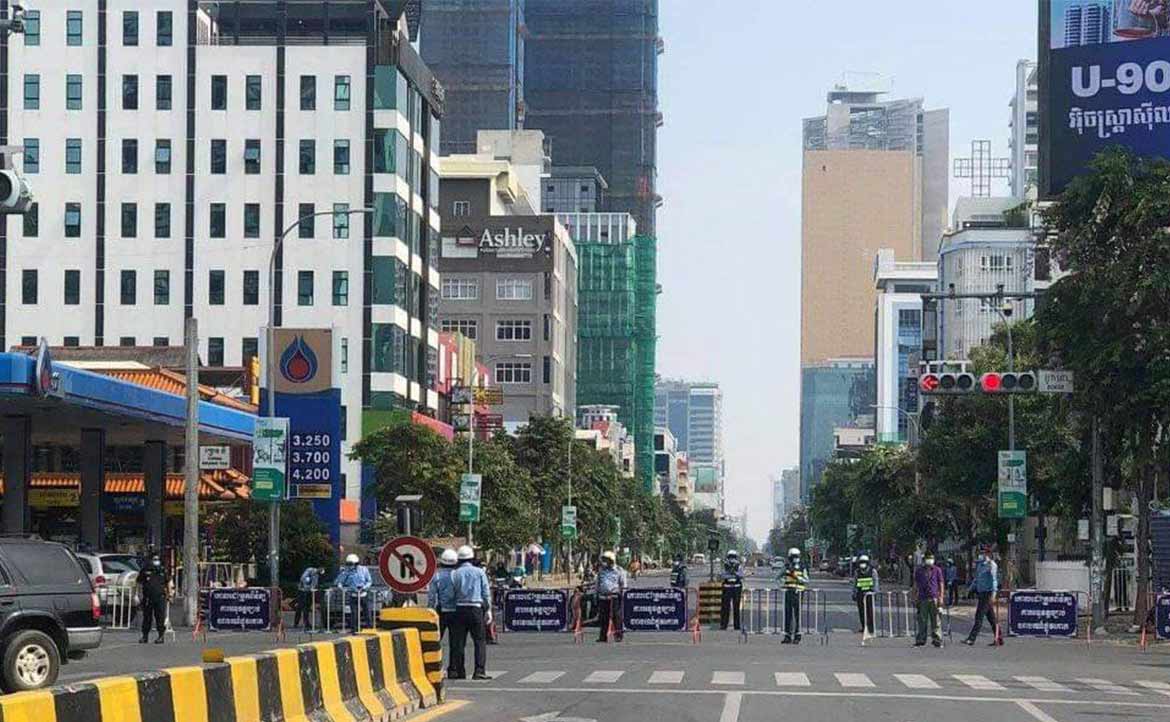 May: Buds of Hopes

The Cambodia National Vaccination Campaign which started from February 10th, reached 10% of the 2 doses vaccination rate as of May 25th. When the vaccination rate gets higher, Cambodia’s economy will recover and boost faster as well.

On Same month 28th, The Sihanoukville Provincial Hall said that the construction of 34 roads in SHV with a length of 82km were almost 100% complete. These 34 luxury roads were an important contribution to achieving the 2030 vision of the Royal Government in the development of Sihanoukville. 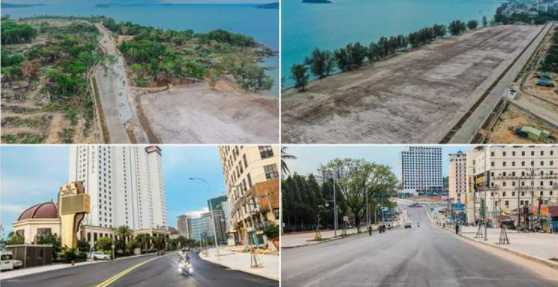 The increased vaccination rate has given people hope, but since a new strain of COVID-19 known as "Delta" has arrived in Cambodia, people are concerned about whether the vaccine can effectively combat the new strain.

Anyway, at least there was great news that the construction with a total length of 190.3km Phnom Penh-Sihanoukville Expressway is 51.35% completed and is expected to be finished in 2023. This project will help boost the freight and trade sectors. 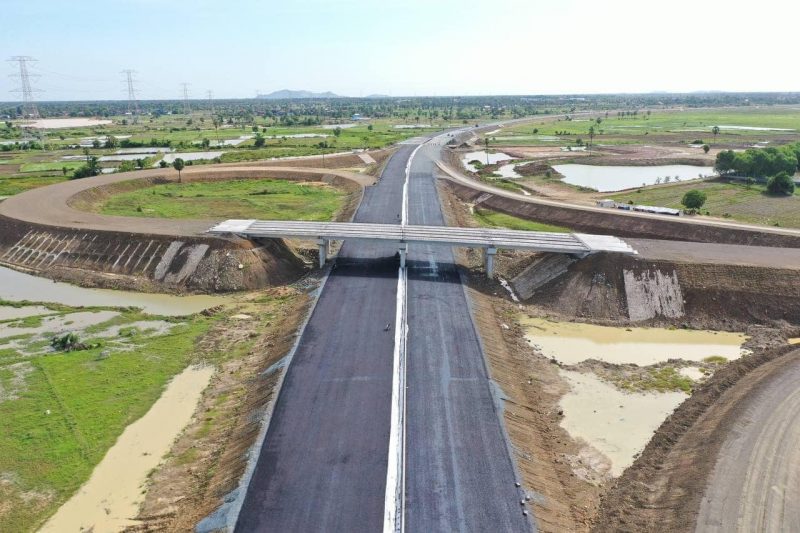 Despite the pandemic still in bad conditions, the minister of foreign affairs led a delegation to attend the ASEAN-China Special Meeting of Foreign Ministers and The Sixth Lancang-Mekong Cooperation Foreign Ministers' Meeting to evaluate the progress made for the past five years of cooperation, chart future directions for widening cooperation; particularly at the time of COVID-19 pandemic.

On July 23, the China-Cambodia Economic and Trade Cooperation Forum was held. Experts from the two countries conducted dialogues on a number of topics to discuss new opportunities and new developments for future cooperation. Even with the epidemic, China-Cambodia trade still increased by 33% in the first half of 2021. 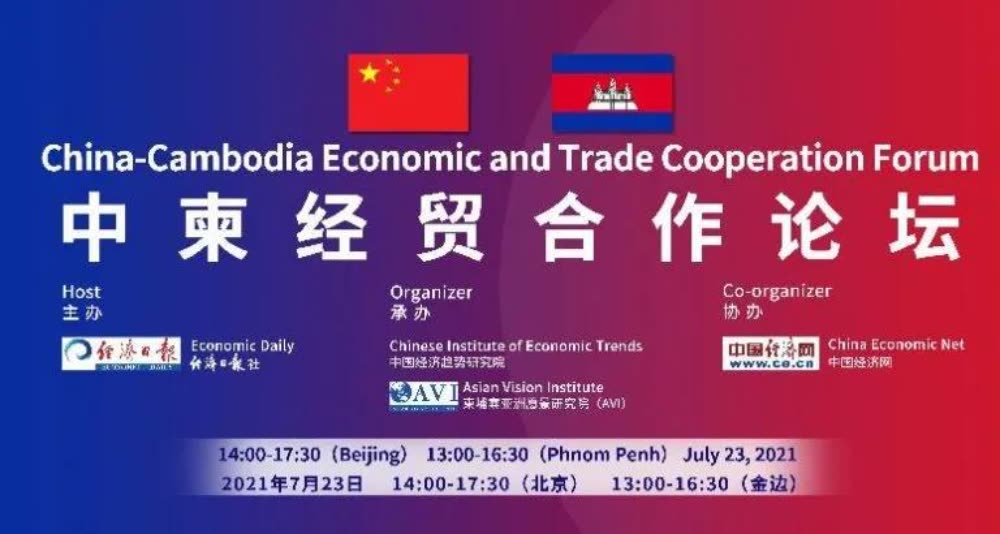 August: One step closer to recovery

Since the Delta virus has been basically controlled, Phnom Penh government announced that the curfew measures have been lifted from August 20th on.

Moreover, in order to build a universal immunization barrier and speed the resumption of classes in schools across the country, Cambodia has initiated the new COVID-19 vaccination work for adolescents aged 12 to 17. As of August 23, Cambodia's vaccination rate has reached 88% of the 10 million adult vaccination target, becoming one of the countries with the highest vaccination rates in the world. 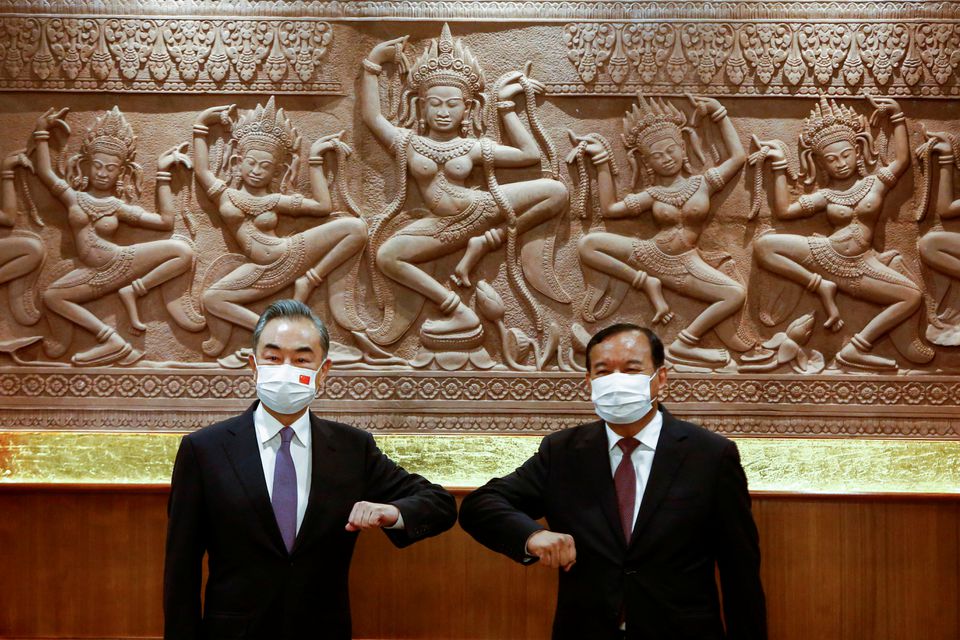 Next few days, a new US$21 million Ford Motor Cambodia assembly plant is set to open in Pursat province soon, as the relevant government bodies and the investment firm have already reached an agreement.

But the good time stays short. This year, at the start of the Pchum Ben festival, the Prime Minister called for a suspension to allow people to celebrate in the pagodas.According to the reports at that time, a total of 141 people and monks from temples in the capital tested positive for COVID-19. 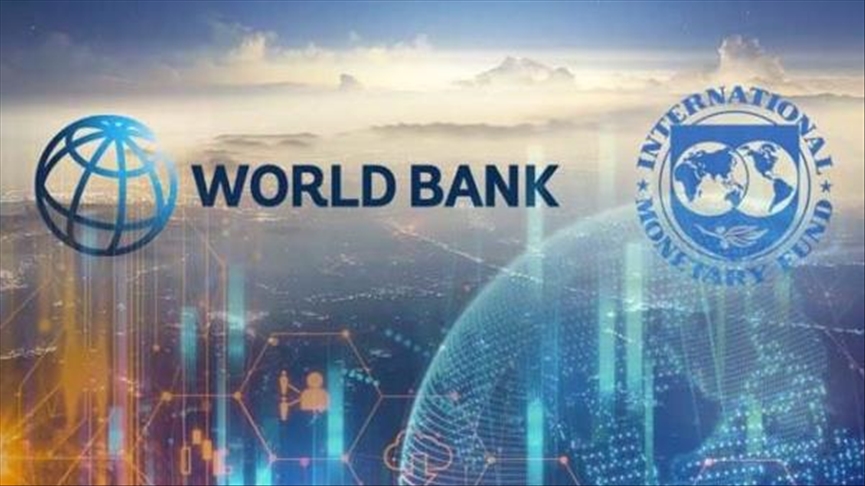 In order to prevent the spread of Covid-19, the government will cancel the three-day Water Festival scheduled to take place next month like last year. On 15th, the “Cambodia New Investment Law” was promulgated. It aims to provide a comprehensive, transparent and predictable legal framework to attract both domestic and foreign investment, thereby promoting the economic and social development of Cambodia, leading the Cambodian economy to diversify.

The government has decided to reopen e-visas for all visitors to Cambodia. According to the Health Ministry's latest announcement, travelers who are completely vaccinated must quarantine for only seven days.

Later on, the MOT announced that beginning Nov 30, 2021, Cambodia will accept international tourists in the Sihanoukville, Koh Rong, and Dara Sakor areas of Koh Kong province, and then in Siem Reap in January 2022, under the Vaccine Tourism Program, which allows international tourists to stay and visit local or safe tourist destinations for 5 days without the need for a hotel quarantine. 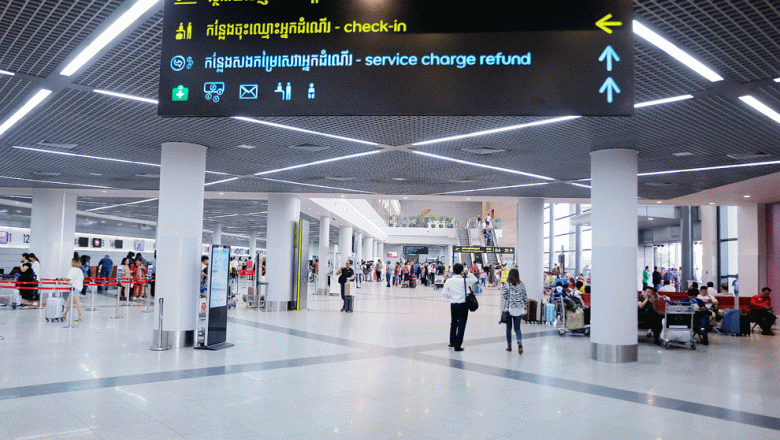 On November 1, Prime Minister Hun Sen announced that Cambodia would reopen in various fields throughout the country, while also continuing to coexist with COVID-19 on a new path.

During this month too, both the RCEP and FTA will enter into force next year, bringing a slew of benefits to Cambodia. December: Thing remains unclear, but there is still hope

During the inauguration of Morodok Techo stadium, Prime Minister Hun Sen once again urged the people to stay calm and not panic, even though Cambodia has found a total of 4 confirmed cases of Omicron.

Hence, the Cambodian government announced plans to improve current trains to a high-speed railway project which will be implemented on the Phnom Penh-Sihanoukville and Phnom Penh-Poipet lines. And after Siem Reap International Airport suspended service for nearly two years since March 2020, the first flight has resumed again.

This month too, the third wave of COVID-19 that has occurred in around ten months, with the number of confirmed cases per day has gradually decreased to single digits. The Prime Minister of Cambodia announced the end of the "2.20" community incident on December 20. After the outbreak, our ordinary and wonderful lives were all disturbed. This epidemic let us know that life is so fragile, but we as humans are so powerful. As time progresses, in 2021, from the outbreak of the epidemic, lockdown, the lifting of the lockdown, the curfew, the lifting of the curfew, and the gradual control of the epidemic, until people slowly adapt to the new normalcy. As we can see, Cambodia now is re-entering the track of rapid recovery.

The threat to 2022 is still unknown with the discovery of the new virus "Omicrone" at the end of 2021. Therefore, anti-epidemic safety measures must not be slackened and taken lightly.

Entering 2022, the virus still has not disappeared, therefore; life is still inseparable from Masks, Sanitizer, and the "3 Don’t " and "3 Preventions". But we must also actively get used to this normality, live in the moment for the moment and look forward to the future.

There are too many "special events" in our memory.