In more information
My demand
Compass Real Estate > Cambodia Real Estate Information > Cambodian Estate News > ​During the epidemic, how is the progress of development of Chroy Changvar?

​During the epidemic, how is the progress of development of Chroy Changvar?

2022-05-20
1073
0
Summary：Many people say that Covid-19 has spread all over the world like a mirror. There are so many events and stories hidden that we can only see one side. This is also true in the real estate sector, whose values vary with the development of each emerging region.

In recent years, Cambodia has become a hot spot for real estate investment due to its advantages such as low house prices, low taxes, unlimited purchases, freehold property rights, and US dollar assets. The major emerging areas in Phnom Penh, the capital, are  the first choice for investment of course. Among them, Chroy Changvar District is called the next "Lujiazui" legend, which shows the unprecedented popularity and industry status of Chroy Changvar.

After the outbreak, the real estate market in Cambodia has changed a lot. Some projects have stopped their operations directly, some developers have sold their projects to others, and some projects are still going on and pushing the project's operation to run normally. As a popular development area in the real estate market in Phnom Penh, how is the real development of Chroy Changvar after Covid-19 outbreak? Does this area still suit the next "Lujiazui" name? Compass will show the following factors to give readers a better understanding of the actual development situation in Chroy Changvar area. 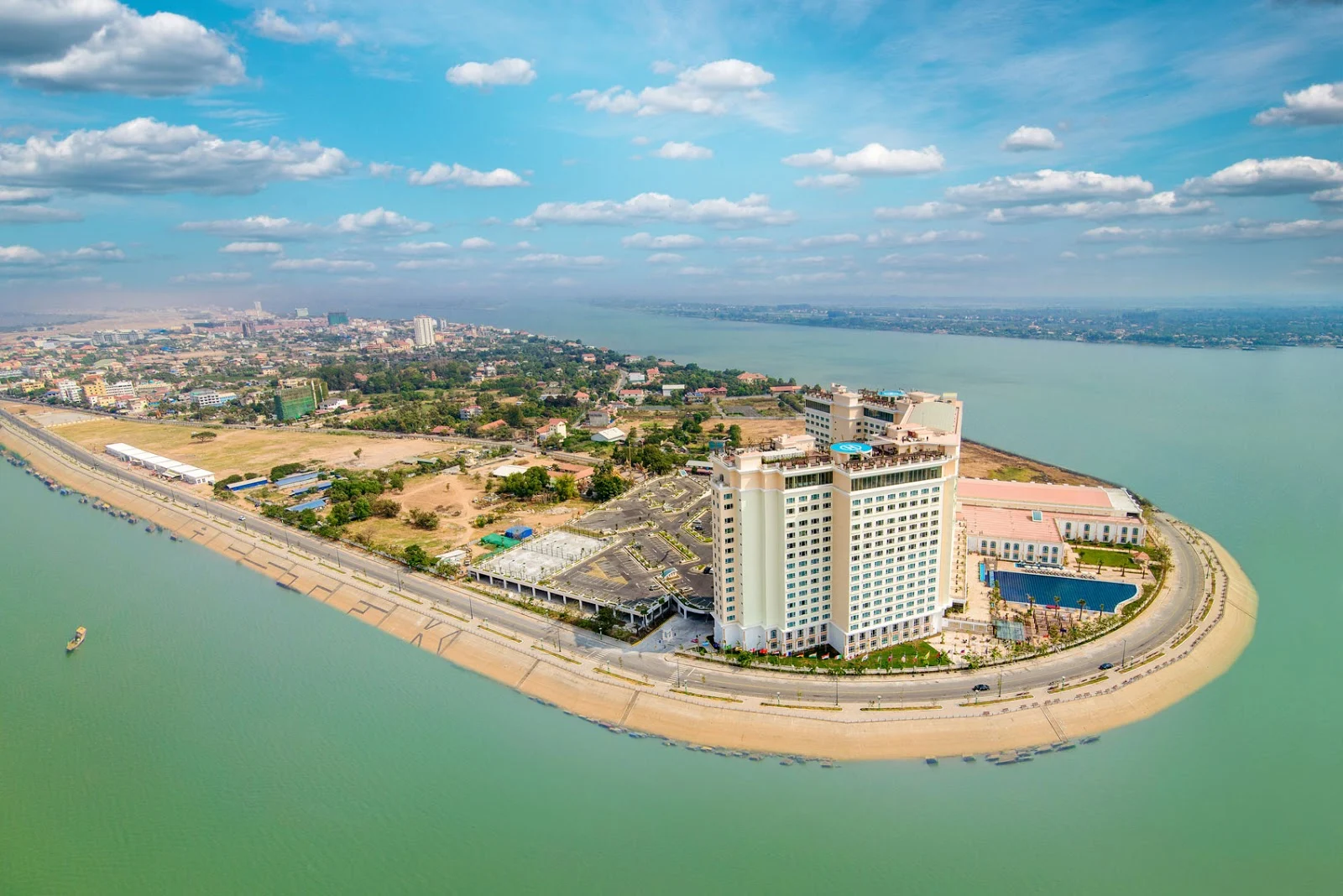 1. Past time: it is just a duck island with quiet and remote area

Before understanding the current situation of Chroy Changvar, let's take a look at what it looked like before development.

It is located in the northeast of Phnom Penh, Khan Chroy Changvar, also known as Duck Island, because, if we look from above of the whole shape, looks like a duck, at the confluence of the Mekong and Tonle Sap rivers, an important part of Phnom Penh. Before this area was established, Chroy Changva was just an area rich in water and mud. Even a few years ago, Chroy Changvar was not well developed due to its remote regions, traffic jams, leaving a lot of vacant land. 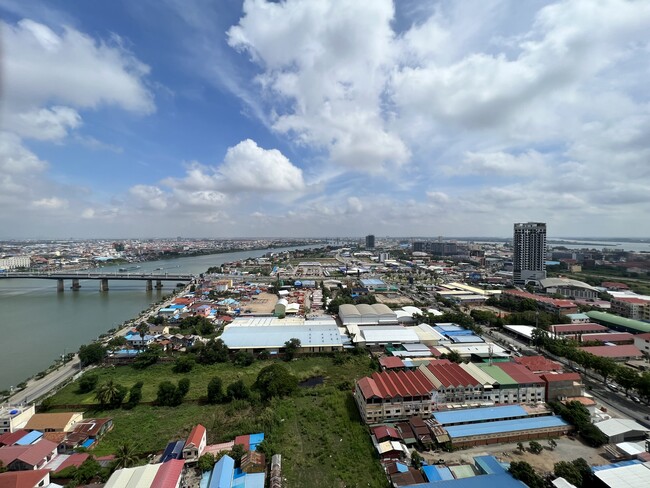 However, Chroy Changvar is located along the delta that formed by the conjunction of the Mekong, Tonle Sap and Tonle Bassac rivers, creating a good geographical advantage with the banks of the long River and rich in ecological resources. The vision of many investors reveals that even a simple duck island can be transformed into a swan.

Since 2015, Chroy Changvar has changed its value to attract large development projects with better conditions.

At the end of 2015, the Cambodian government reviewed and approved the "Phnom Penh Master Plan 2035", which outlines the long-term development goals and overall size of Phnom Penh, and deploys a comprehensive transportation system and infrastructure. Among them, the plan for Chroy Changvar district is to develop Chroy Changvar district into a rich center of Phnom Penh in 5 years as a high-level area of modern aristocracy. 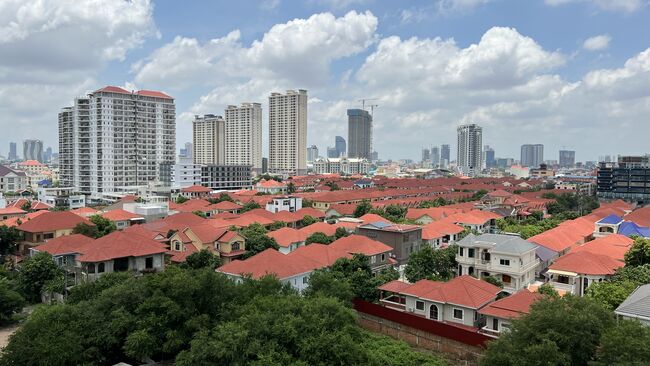 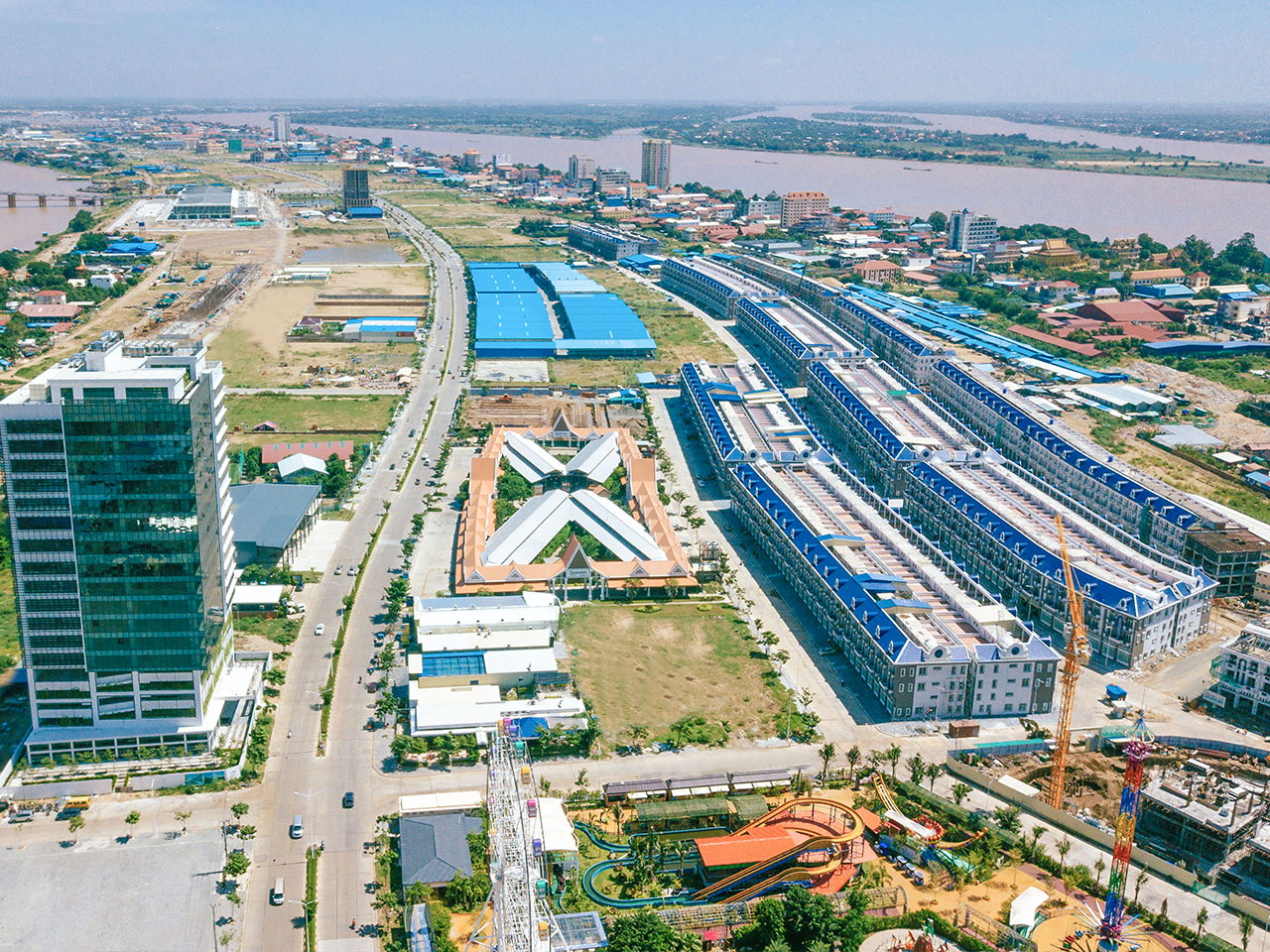 Among them, Chroy Changvar Satellite City cost 1.6 billion US dollars and covers an area of more than 300 hectares, covering power plants, shopping centers, exhibition centers, various sports facilities, government buildings, schools and clubs and other supporting facilities. At present, it has been basically completed, the investment of Ly Yong Phat Satellite City is about 1.5 billion US dollars, including commercial buildings, golf courses, water parks, national sports fields, five-star hotels and other major projects, covering an area of 550 hectares of China-Cambodia Friendship City "Chinatown" The project is also located in the satellite city. 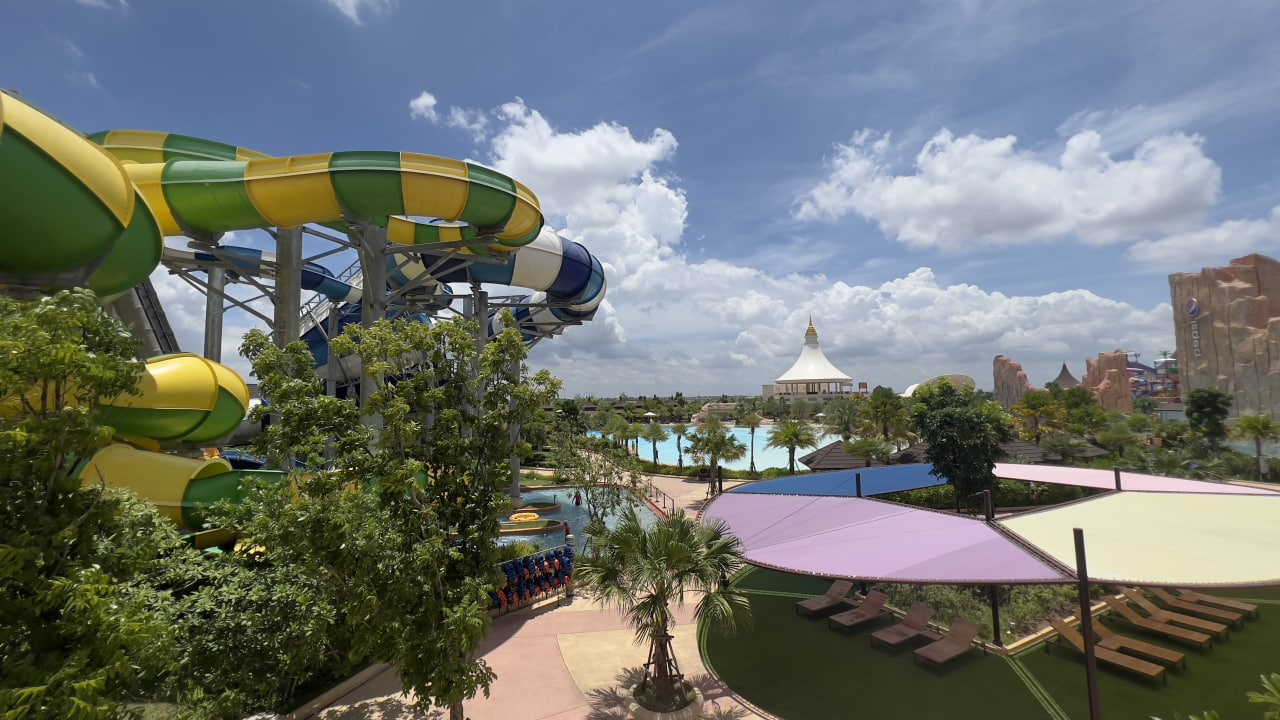 In addition to the construction of the two major satellite cities, there are many government-planned construction institutions and infrastructures in Chroy Changvar such as the Morodok Techo National Stadium, which will host the 2023 Southeast Asian Games, and Chroy Changvar International Exhibition and Trade Center, etc., as well as Safari Park, dinosaur theme parks, the largest lucky supermarket in Phnom Penh, Sokha Hotel, Makro supermarket, Norton University, Cambodia-China University of Technology, Asia-Pacific Fredfort International School, and Japanese Sunrise Hospital. 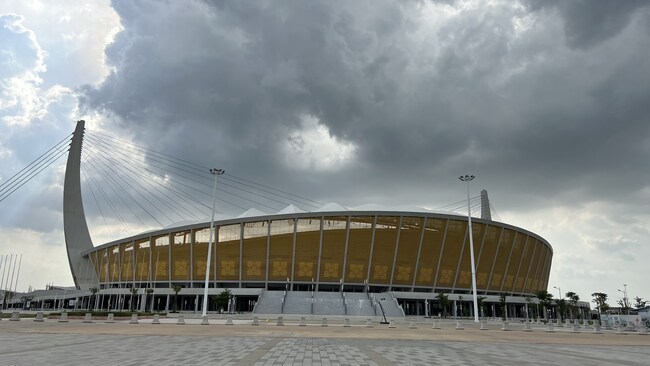 More over, the Cambodia-Korea Friendship Bridge Project was recently approved. Once completed, there will be a quick connection from the Night Market Phnom Penh-Chroy Changvar-Arey Ksat area. More specifically, the second Makro Shopping Mall in Phnom Penh has chosen Chroy Changvar as its next location. Phnom Penh's first monorail line also will be launched in Chroy Changvar district, which connects directly to Phnom Penh International Airport. A fourth Aeon Mall will also be present in the area too. With transportation, commerce, administration, schools, hospitals, recreation and high-standard planning, along with ongoing infrastructure, it is no surprise that Chroy Changva attracts many middle and upper-income people in Cambodia to settle and become a fruitful area. 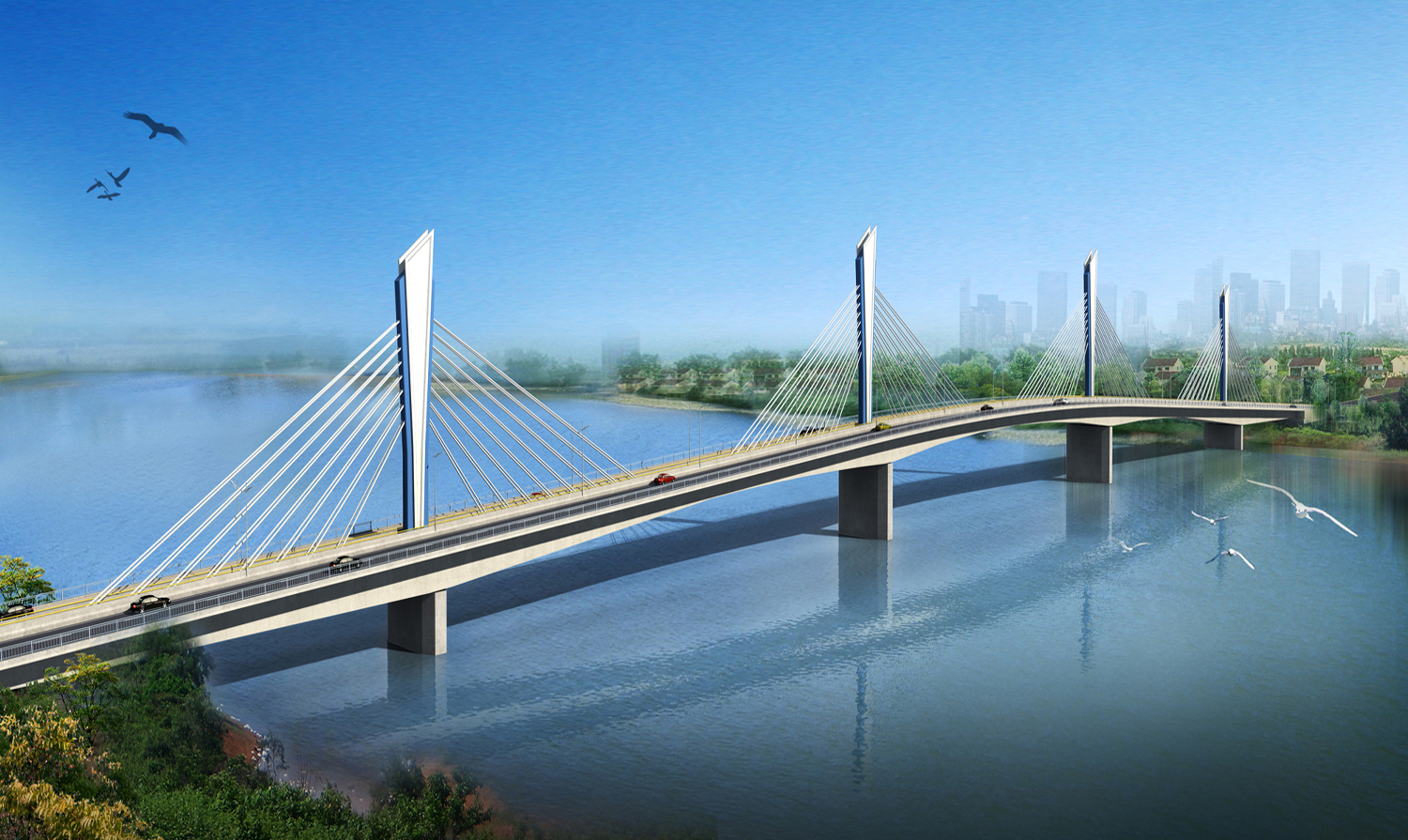 From the planning point of view, the future Chroy Changvar District is indeed like a swan flying high, but whether the development of Chroy Changvar during the epidemic is still developed as planned, and what is its real situation, the Compass will select for housing projects from the following aspects to analyze. 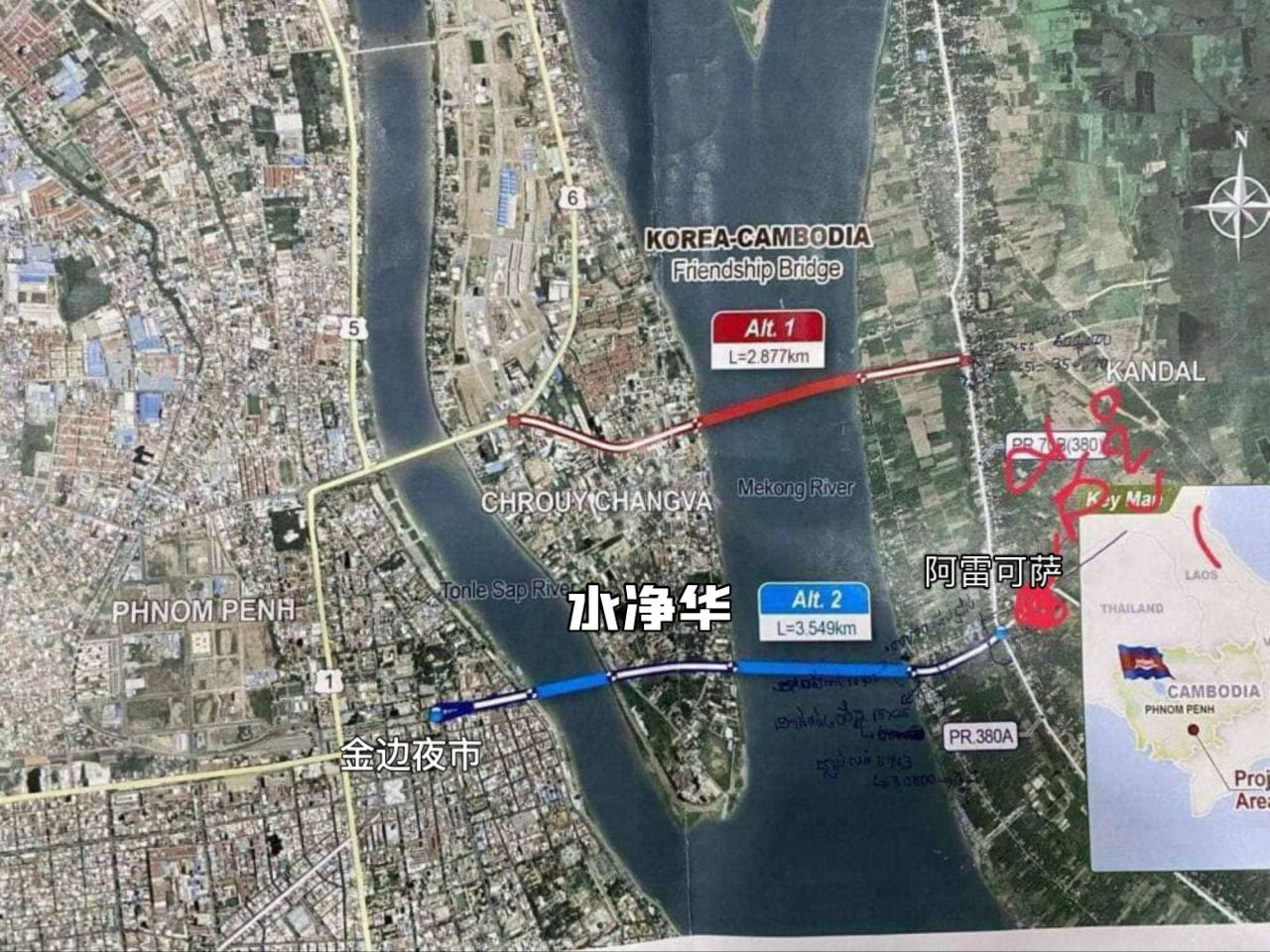 As the main supporting infrastructure of the Chroy Changvar area have been gradually implemented, even during the epidemic, the property market in the area still maintains a good momentum of development.

At the end of 2021, Mr. Men Vichea, Branch Manager of Century 21 Zillion Holding, said that land prices in Chroy Changvar continued to rise during the epidemic. 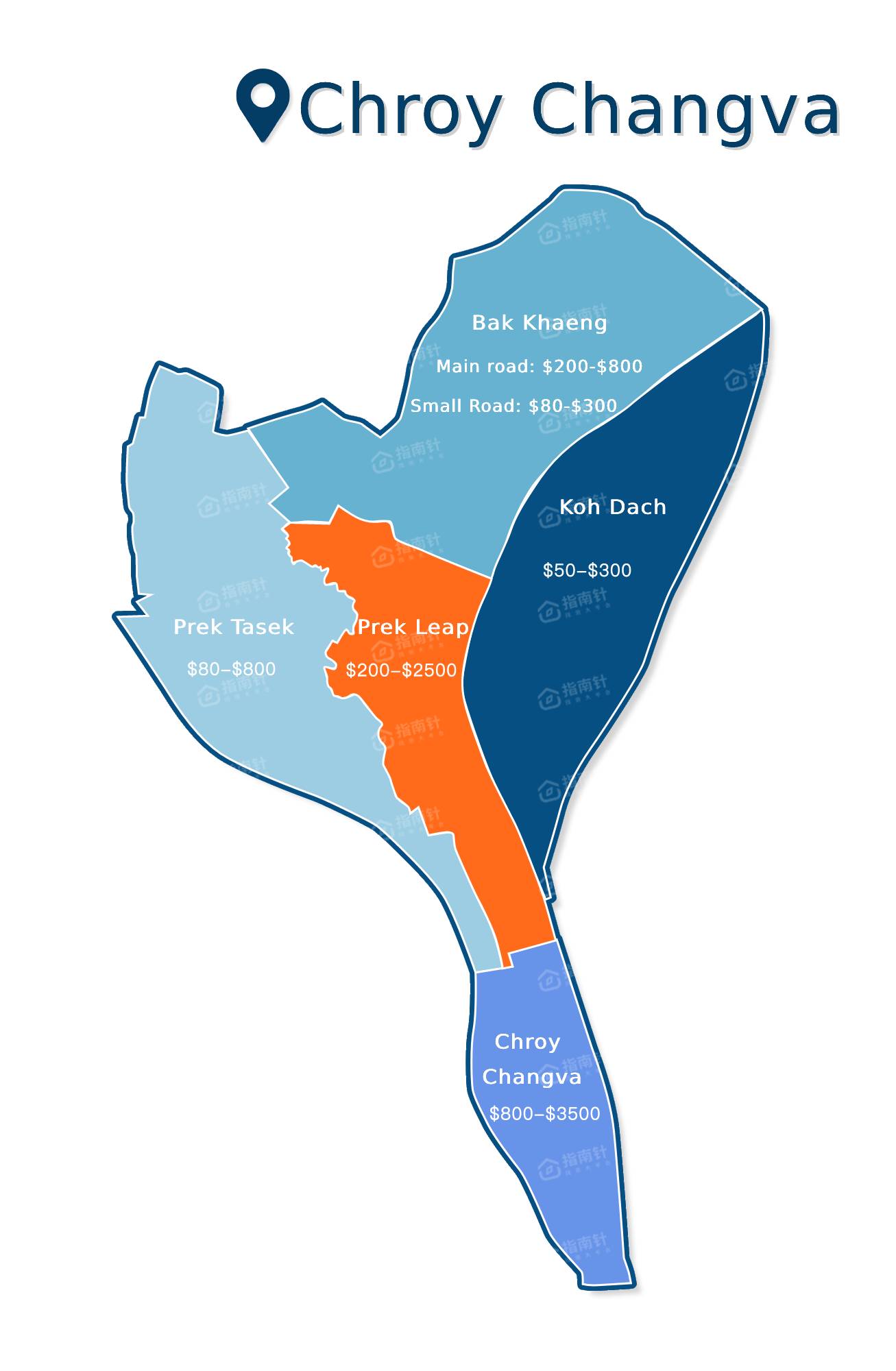 Now, let's take a look at some of the new housing projects in the area, most of which are flats, villas and condominiums, and most of them, we will focus on existing housing only. Of all the projects, the average price of a condominium was about $ 2,049 per square meter, and the average price of a new house in Phnom Penh during the Covid-19, was kept around $ 1,950 per square meter. 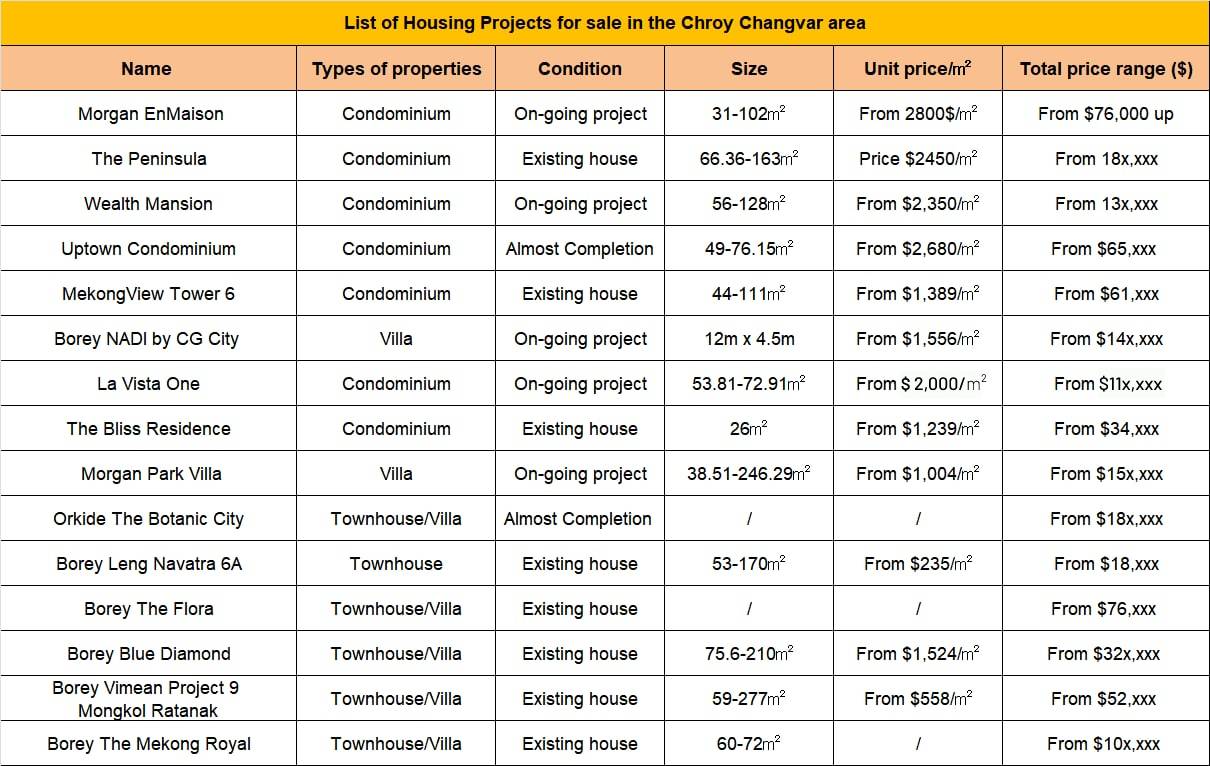 According to the rental data of the Compass Real Estate Platform, the average price of an apartment in the Chroy Changvar area has reached as high as $1200/month, and the rental price is significantly higher than that in other areas. The main reason is that most of the rental apartments on the Chroy Changvar are high-end apartments. Of course, there are also low rents which is about $300, but the house does not have full facilities, and the refrigerator, washing machine, etc, need to purchase by yourself. 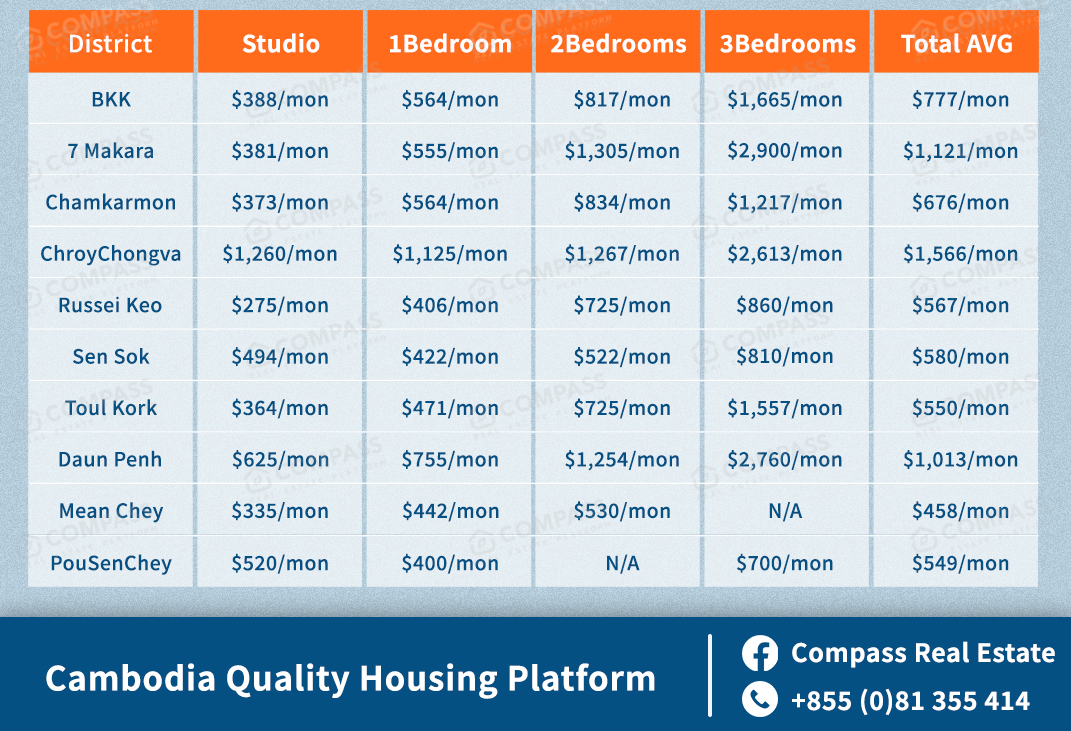 Judging from the housing price and rent data, the epidemic has not had a great impact on the new housing market and rental market in the  Chroy Changvar area, and it still maintains a high development, which shows its own strength.

It is worth noting that there are no factories or warehouses planned on the Chroy Changvar region. It is a pure high-end residential area. It can be divided into duck head, duck neck and duck body. There are many development projects in all three parts. It is suitable for both living and investment. How to choose, Compass will continue to make a comprehensive analysis for you in "Compass Real Estate View".

Chroy Changvar district has been developing continuously, how to choose "head, neck and body"?