In more information
My demand
Compass Real Estate > Cambodia Real Estate Information > Economy Observation > US stocks are rising in a tough time, Why they are favored by investors?

US stocks are rising in a tough time, Why they are favored by investors?

0
Summary：Stocks in America are rising in a tough time, why the capital keep rush in America stock?

The COVID-19 epidemic has spread severely in the United States, with the number of infections and deaths ranking high in the world, and the economy has also been affected. At the end of March, the US Dow Jones Index fell to a record low of 26,313 points this year. However, what is anomalous is that afterwards, the U.S. stock market are rising. Even the stocks of bankrupt companies were snapped up by investors. U.S. stocks are rising in a tough time, and capital rush into the U.S. stock market. Why? 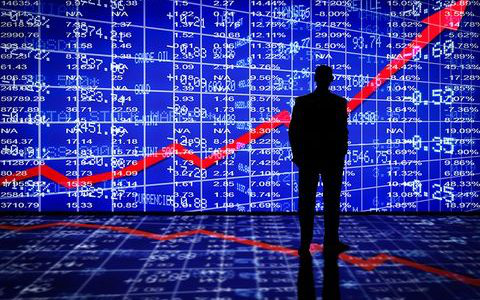 Bond yields are too low, U.S. stocks have become the best choice for investors

The U.S. government’s used to released Quantitative Easing policy have caused interest rates to fall and bond yields have reached new lows. Although the Fed intends to raise interest rates and reduce its balance sheet to regulate monetary policy. However, this year's COVID-19 virus ravaged the world, the United States was blocked and the economy stagnated, which brought U.S. stocks to the bottom. This forced the Fed to no longer raise interest rates, and bond yields have been hovering at low levels. Although the US real economy has not yet recovered, the stock market has rapidly reversed after experiencing a low point rushed to a new high level.

Why？According to an article in the New York Times by Kluman, Nobel laureate in economics in 2008, he believes that bond yields are too low, investors are no longer profitable in the bond market, and there is still possibility in the stock market. Most of the revenue of many large US companies comes from overseas, and the US epidemic has limited impact on these types of companies. In overseas markets, most Asian countries have performed well in epidemic prevention, and the epidemic in Europe has eased gradually. Therefore, Europe and Asia is considered to be the region with the fastest economic recovery. Even if the United States fails to prevent the epidemic, these companies can maintain their profits. Investors focus on the overseas markets behind such companies. In the absence of better investment products to choose from, US stocks have become their only choice. In particular, large technology stocks with a high proportion of overseas revenues have contributed to this situation. Investors' pursuit of U.S. stocks is almost fanatical, and even companies that have declared bankruptcy, such as the car rental leader Hertz, are also favored by the market.

Except America stock, South Asia could be another option for investors.

The economic prospects are where the profit lies. In the face of the unreasonable rise in US stocks, investors may focus on Asian countries, especially Southeast Asia. Although Southeast Asia's economy has also been affected by COVID-19 epidemics, it is the most potential region in the world from the perspective of overall development conditions. In order to avoid high taxes, many international companies have shifted their product procurement country from China to Southeast Asia. In response to the fragmentation of globalization and the commercial considerations of diversifying production risks arising from the epidemic, the global supply chain has begun to move factories from China to Southeast Asia. This move is tantamount to adding further assistance to the rapidly developing Southeast Asian countries.

A large number of global manufacturing industries have moved to Southeast Asia. Indonesia, Malaysia, Cambodia and other countries have introduced special economic zones and related taxes to attract foreign companies to set up factories and promote the demand for special economic zones and commercial offices. The continuous influx of foreign capital has stimulated economic development, and local people’s income has increased, driving housing demand and further promoting the real estate market. Most of the Southeast Asian real estate market is still in the economical price period, with a promising future.

Southeast Asia has great potential for development and is one of the regions with the most business opportunities in the future. Besides the US and US stocks, real estate and digital economy-related industries in Southeast Asia may be another option for investors in an unstable investment environment.

Cambodia is negotiating free trade with eight countries besides China