0
Summary：The Cambodian government earned $6 billion in income from tax and customs in 2019, exceeding its target, according to figures from the Ministry of Economy and Finance. 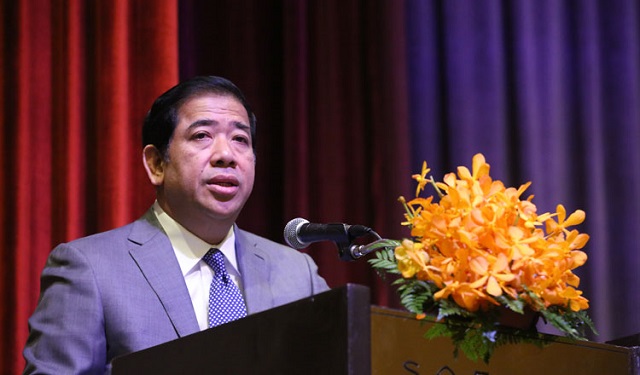 The Cambodian government earned $6 billion in income from tax and customs in 2019, exceeding its target, according to figures from the Ministry of Economy and Finance.

The government set its budget target at about $4.56 billion in fiscal revenue, of which $2.26 billion was expected from customs and excise and $2.3 billion from tax.

With the surprise surplus income, the government actually earned just over $6 billion..

However, the figures did not provide details of the income between tax and customs, although Prime Minister Hun Sen indicated the extra from customs and excise was more than $900 million and in excess of $500 million from tax.

“It was good luck last year. The income collection exceeds $1.4 billion… It is as a result of the public financial reforms that meant income just from customs exceeded $900 million,”  PM Hun Sen said during a graduation ceremony held last week.

“The stability and reliability of tax collection, leading to a national treasury base, will avail the country of a foundation for social and infrastructure spending and an increased standard of living.”

Under the budget law for 2020 which was sealed by the King’s signature recently, the government expects to earn $5.27 billion as fiscal revenue for 2020, of which $2.9 billion from customs and excise and $2.37 billion from tax.(This news came from Khmertimes.com)